Statue of President Albert A. Murphree 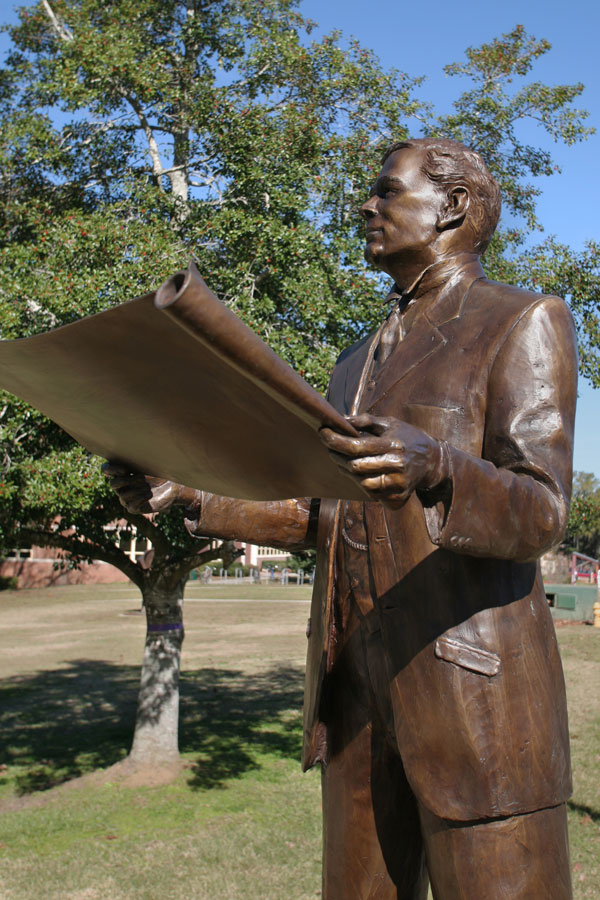 The life-sized bronze statue facing Murphree Hall is of Albert A. Murphree, a motivator and mathematician. He served as the third president of the campus when it was known as the Florida Female College. He was somewhat of a renegade stating he had every intention of creating an “institution of higher learning whose students happened to be females,” instead of simply a traditional women’s college. Murphree is the only person in history to serve as president of both Florida State University and the University of Florida.

Next: Murphree and Cawthon Halls